Discover useful information on the latest developments in the field of effective forestry exploitation.

Romania is a nation where so far skidders dominate the forest machinery market. But now both machine suppliers and forestry contractors are talking more and more about forwarders.

Several reasons lie behind the interest in this type of machinery. They include the long driving distances out to a road and demands to reduce ground and erosion damage, but also that a “forwarder culture” is now starting to gain a foothold in Romania. Radu Țițeiu, sales manager for John Deere’s Romanian distributor Elmas, explains what he means by the term: “Many Romanian forest machine contractors work abroad in countries like France and Germany. There they come into contact with forwarders and see close up how this technology works. Forwarder culture also means more specialised and well-trained machine operators, a greater focus on productivity, safety, a better work environment and higher operator wages.”

A representative of Forest Romania visited the contractor company Prod Lemn Mujna S.R.L, which was felling in a stand of thick-stemmed deciduous trees just west of the city of Sighisoara in Romania. “We have a long experience using forwarders. It started with a used Timbjerjack and four years ago we dicided to buy a new John Deere 1210E,” says Asztalos Endre, owner of the company.

“It worked really well so far, says the machine operator Karsai Levente. “If the terrain is really steep we also use our skidder to collect the timber in the forest before the forwarder drives it down to the road. With the forwarder we take 15 cubic metres per load, almost twice what we can take if we use the skidder”.

According to Karsai, the average forwarder distance is about 1.5 kilometres and profitability can be achieved for distances up to 2 kilometres. “One of the reasons that we started with forwarders is that we also own a sawmill”, says Asztalos Endre. “There is less debris in the timber when the stems are not dragged out across the ground and there is less ground damage,” adds Asztalos. Because many contractors in Romania have their own sawmills they can immediately see the cost savings when stones and gravel do not wear out the saw blades as quickly.

“About 80 - 100 forwarders are currently operating in Romania but that figure is increasing by 10 to 15 percent a year,” Radu Țițeiu says. He believes many contractors will eventually work with various combinations of system in which skidders, cable systems or winch mounted on forwarders gather the stems from the steepest areas and then the forwarders do the long-distance haulage out to the roads. Several major forwarder manufacturers already have distributors in Romania.

John Deere’s distributor Elmas puts a strong effort to develop the market. It has built up a highly modern service and training centre in Sanpaul, which trains between 10 and 15 machine operators every year. Some of the training is done in simulators and students are offered room and board in pleasant quarters.

Used machines are the way in

Investing in a new forwarder for 2-300,000 Euro is too great a step right now for many Romanian contractors. Therefore the ability to import good used forwarders from the Nordic countries is an important pre-condition for establishing the technology in this market.

“We sell many used forwarders from Sweden here in Romania,” Țițeiu says. “A typical machine is five to six years old and has about 15 to 18,000 operating hours. Medium-sized forwarders such as the John Deere 1110 D are popular but there is also a good market for bigger forwarders like 1410D too as previous sales from Elmas have proven.”

In September this year Elmas will be showing a forwarder and a large harvester at the new forestry fair Forest Romania in Zizin. “We will be demonstrating the machines in operation at the fair” Radu says. “We will really have the chance to prove what a harvester can do when it has to battle with huge Romanian spruce trees in steep terrain.” 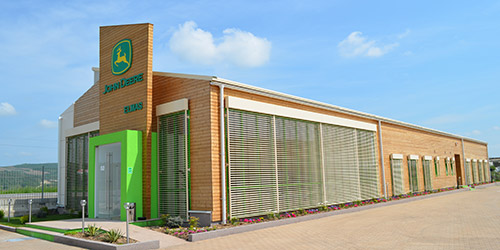 Elmas Company is an authorized distributor of John Deere Forestry in Romania for forestry equipment, headquartered in Brasov. 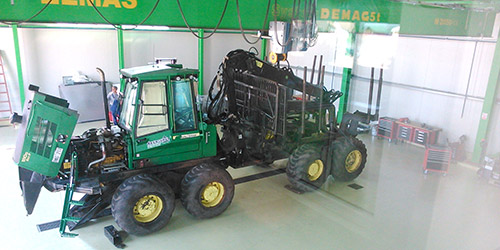 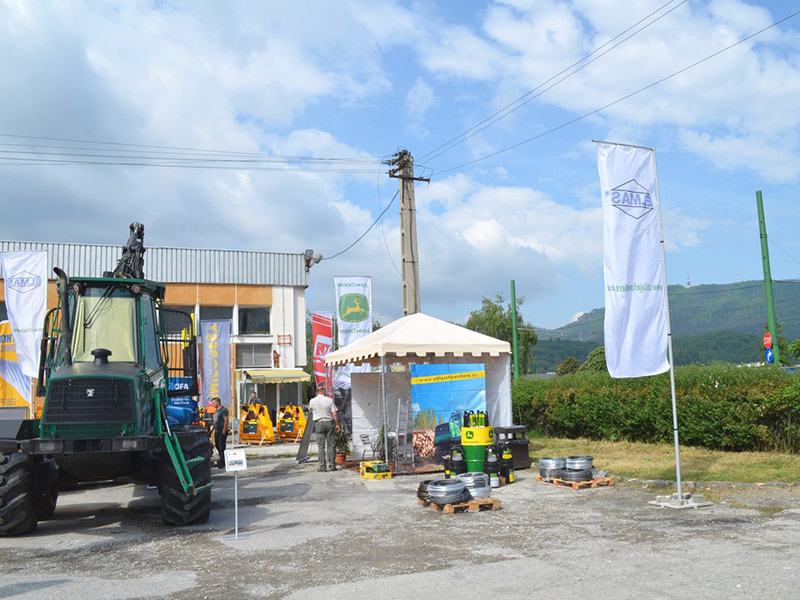 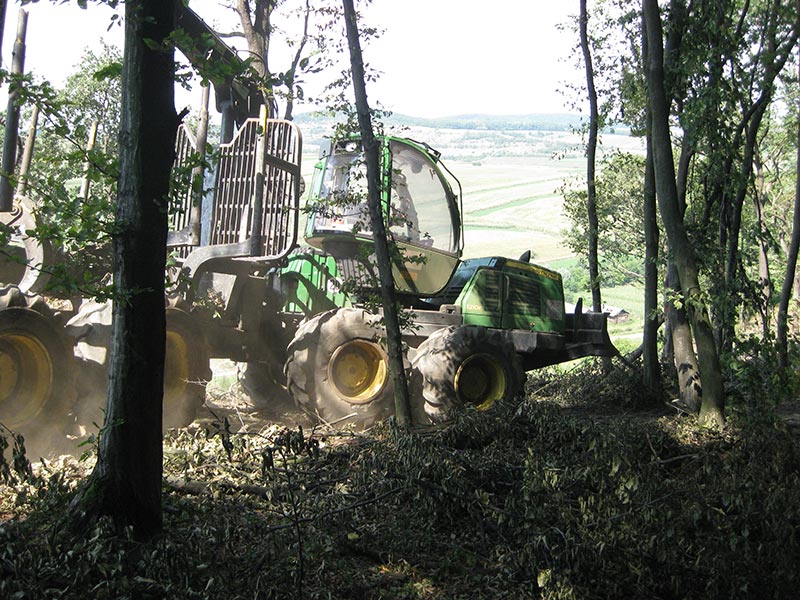 Regional Center for Service and Sales